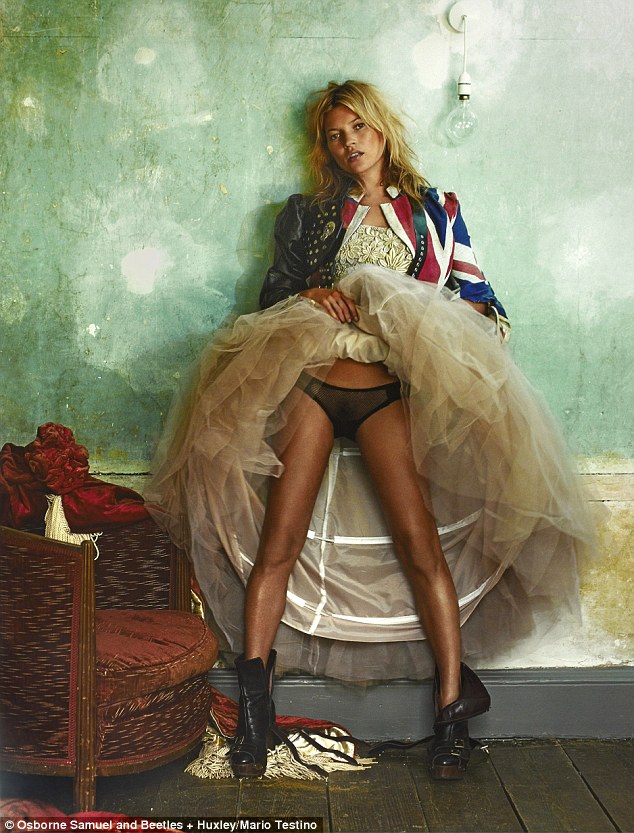 Kate Moss always manages to turn heads, and it’s interesting to see what the infamous ‘never complain, never explain’ supermodel has chosen to showcase at the current photography retrospective at the Osborne Samuel and Beetles + Huxley, Mayfair galleries.

Having appeared in campaigns and editorials across nearly three decades, choosing eleven images must have been tough! My personal fave is her shoot for Calvin Klein Obsession in 1993 by her then-boyfriend Mario Sorrenti. Personal and iconic, whether you are a fan of Moss or not, seeing all the photography greats in one place is a treat!

Check out ‘The Photographers 2015′, which showcases over 150 photographs by legendary artists, exploring the history of photography from 1910 to the present day, and Miss Moss is in there too!

At the Osborne Samuel and Beetles + Huxle galleries, Mayfair, until December 23rd.

Hello there, Thanks for reading! I am an ex fashion stylist (gave it up to follow my gypsy soul). Now writing words for mags and websites on culture, fashion, travel and wellness. As well as copywriting for numerous fashion and travel clients, I write features, interviews and reviews for clients including Schon! magazine, Riverside Journals, Style of the City magazine, Eluxe magazine, Kensington and Chelsea magazine, Stylenest.com, FlushtheFashion.com, Faultmagazine.com, Luxurylifestylemagazine.com, BespokeBlackBook.com and more! Follow me on Twitter and Instagram @WordsByDarling @1stClassDarling

55Pages magazine issue 11 is out now

JACKETS TO KEEP YOU SUPERDRY THIS WINTER